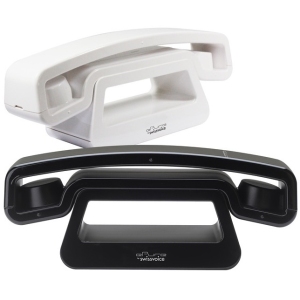 Today’s Design of the Day is definitely one for those who like their designs sleek and minimal! The ePure digital telephone by Swissvoice, is the perfect modern accessory for any techi savvy home. As well as looking pretty darn smooth, this bad boy is completely wireless with a range of up to 300 metres and stores 100 numbers.

You can choose from crisp white or sexy black and for only £70 from John Lewis,  it wont burn a hole in your pocket! Champagne all round!

Filed under Design of the day, News 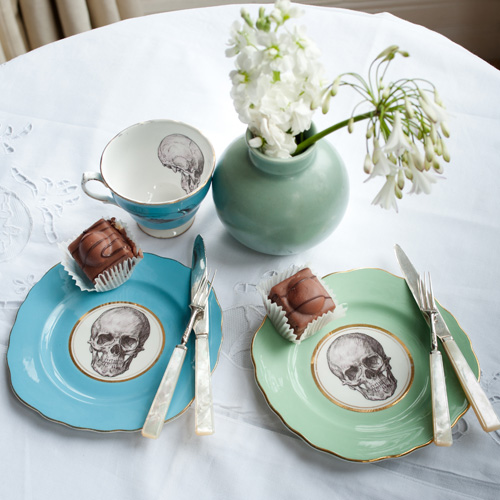 As you all know, I’m a huge fan of up-cycling, so when I came across Melody Rose’ designs I must say I got very excited! The Canadian born designer, Melanie Roseveare, lives and works in West London,  re-vamping various china with quirky images from humming birds and skulls to 50’s pin-up girls.

My favorite pieces from her collection are the skull tea cups and plates. I just adore how Melanie has fused the eerie skull image with dainty bone china. Her designs are available to buy from www.notonthehighstreet.com or you can go direct to her website for personalised commissions and enjoy the array of rather splendid designs.

Following on from her ‘Flower Chest’ project, Interior Designer Karen Lane, has rescued an old cabinet from her local second-hand shop and given it the love and attention needed to turn it into a beautiful piece of furniture. Here’s how she did it!

Karen, “I am very happy with the finished result and now have another item to add to my range of hand decorated, recycled furniture.”

Design of the Day – Bags of delight! 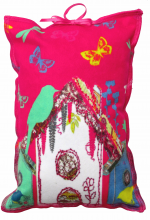 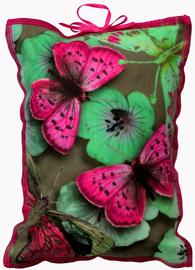 The team at The Design Hub are huge fans of this particular designer and certainly believe she needs another shout out. If you’ve read Laura Olivia’s interview on the blog you’ll understand why she’s getting so much attention from the design industry. Her vibrant prints and electric colour palette have attracted the attention of Jethro Macey who picked Laura to exhibit in his One Year On exhibition at New Designers 2011, as well as MyDeco who’ve added her designs to their exclusive online boutique store.

Today I’ve chosen Laura’s range of bright lavender bags which would look absolutely delightful scattered along a windowsill, hung on a door handle/wardrobe or placed on a dressing table. Oh, of course there is the benefit of making a room smell of delicious lavender as well!

You can get your mitts on a bag for £12 and order through Laura’s website, which features many more designs from wallpaper to lampshades and stitched art work.

Design of the Day – Humpty Dumpty’s murderer is shelved! 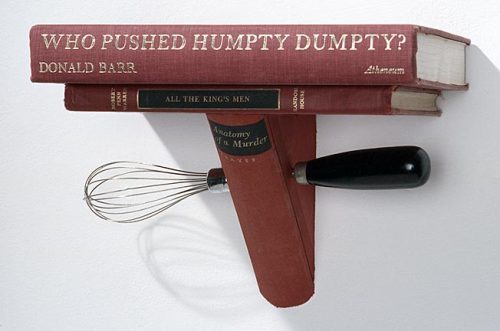 Humpty Dumpty sat on the, wall. Humpty Dumpty had a great fall! We all know the famous children’s nursery rhyme about a poor egg that broke into a thousand pieces after falling from a wall. Well, leading artist Jim Rosenau, has used this ancient tale to create a “tongue-in cheek” bookshelf which reveals to the world a secret….

It seems Rosenau has inside knowledge of who pushed Humpty Dumpty off the wall and has used three individually and carefully sourced books to name the culprit! Not only that , he seems to have found the suspected weapon used by the murderer – AN EGG WHISK!

Acutely named “Who done it?”, the shelf consists of three black and red books which have taken Rosenau years to source and holds a whisk through the middle of the base. I’m just in complete and utter love with Rosenau’s creativity and use of 3-D haiku’s to convey cheeky messages to passers by.

Rosenau creates an array of other wonderful pieces of furniture from his California studio, This and That which are also made from books. It’s no surprise this artist has such a flair for words, as he was raised in a house containing over 5000 books – not short of inspiration then!

You can buy one of Jim Rosenau’s off-the-wall shelves for roughly £600 which isn’t bad for something which is deep in meaning and has taken years to form.

Design of the Day – Forget tank-top and think chunky knit!

The cold nights and winter weather will soon be jumping on us out of the blue. Mini skirts and tank tops will be exchanged for knee high boots and chunky knits, which is everyones favourite winter warmer. Well this Design of the Day will certainly make you want to gear up the fire and get ready for Mr Frost.

Phat Knits is a collection by Netherlands Designer, Bauke Knottnerus, who creates oversized knitted pieces for interiors using large threads. This piece looks like something a giant Grandma has knitted and would be a perfect snuggle rug for any room.

The collection is currently on display at the Mode Museum in Belgium  until 14th August 2011 for your perusal and is sure to take the winter worries away.

Design of the Day – Have a ball of a time!

Good afternoon campers! I hope you had a ball this weekend. Speaking of round things, I’ve just come accross these uber bright ball chairs by Finn Stone for Bodie & Fou. Made from recycled ABS (virtually indestructible polypropylene) these coloured balls of fun can be used inside to add a modern touch or outside for your summer bbq!

The chairs were inspired by Vernon Panton’s use of colour and shapes and are suitable for any bottom over the age of 6. Costing £165 each from notonthehighstreet.com, adding this piece of colour to a room could be very expensive, but it would certainly make it pop.

Filed under Design of the day, News

Design of the Day – Pantone bag for life 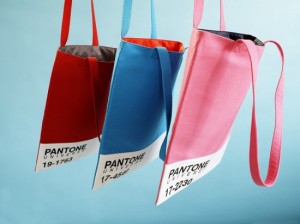 Strut your stuff and look the bees knees with one of Pantone‘s trendy shoulder bags. Made from cotton and hiding a zipped pouch for your pennies, the bags are available in three of colours exclusive to Pantone.

You can pick one up from www.illustratedliving.co.uk for under £30 and also choose from a range of matching purses.

Filed under Design of the day, modern design

Design of the Day – Bums on seats! 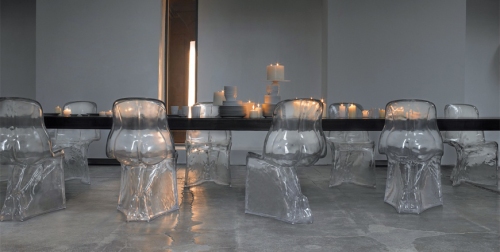 Today’s Design of the Day is a cracker and gives a whole new meaning to “bums on seats“. Designed by Fabio Novembre for CASAMANIA, these His & Her seats certainly compliment the derriere. Moulded polythene casts of the back of a male and female body from the waist down to the legs, make the shape of the chair. So when seated, from the back, it looks like you’ve got no clothes on whilst tucking into your fish n’ chips – classy!

The design is born directly from the Panton chair and is meant to reflect the beauty and harmony of the human body. The chair comes in a variety of colours from purple and yellow to orange and green, including clear which is my personal favourite. Costing around £300 each they’re certainly not cheap but if you have the pennies why not! 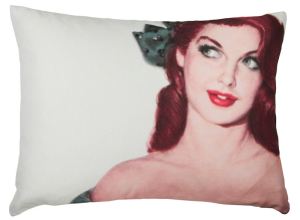 I just adore these retro pin-up girl cushions created by Crumpet & Skirt designer Elizabeth Pinnock. Based in London, Elizabeth turned to creating high quality vintage products after her dreams of becoming a Hollywood actress didn’t take off. I think her saucy designs have definitely taken off in my books!

The naughty expressions of the models and 1950’s style would add a cheeky lift  to any chic pad and certainly catch a guests attention. She’s also designed a range of mugs, greeting cards, tea towels and seduced Gok Wan who used her cushions for his Clothes Road Show program earlier this year.

Crumpet & Skirt designs are available in many shops and online so you won’t have a problem trying to snatch a few. You can buy the cushions for around £37 on Brighton POD who are amazing.